The 4 Things CEOs Get Wrong About Public Relations

One of the most frustrating parts about being a public relations executive is that everyone you work with in corporate leadership is a PR expert, it seems. Except the actual PR expert.

So it’s no surprise that organizations like these never get the press they deserve. This is less a failing of the PR executive, of course, and more a failing of top brass. Instead, CEOs and other chiefs should heed the following advice. But don’t just take my word for it. Ask your PR leadership, and they’ll tell you the same thing.

1. Bigger is Not Better

I met with the practice head of a nationally recognized PR agency and he told me one of the most frustrating things was pressure from clients to deliver media lists of hundreds of reporters per announcement. I was dumbstruck.

I’ve got news for you: There is no way a hundred reporters are interested in your news. Not unless you’re running Amazon or Facebook, and then you’re not reading this article because you have other problems.

Instead, find the three to five most influential reporters who might be interested, and start pitching them. Landing a single story in the Journal, Axios, Techcruch or whatever industry publication your customers or other intended audience read could do more for you than blasting a couple hundred reporters with a one-size-fits-all pitch that likely will yield you nothing. 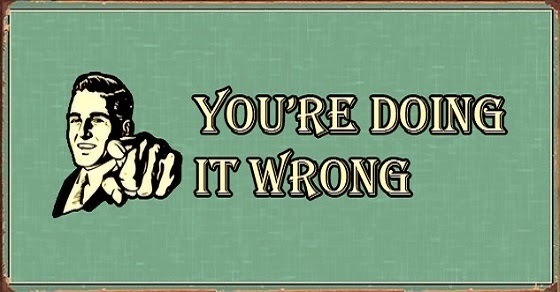 2. PR Is Not Going to Drive Sales. Unless You Want it To.

When I started Sqoop, we flew under the radar until we had some significant product news. I pitched one publication, GeekWire, which ran a great article about what we were doing. Even though I’d done PR for more than 20 years before this, I was still surprised that the article didn’t drive any new users for my nascent site.

That’s because I’d forgotten rule number one: know your objective. My users (journalists, coincidentally) don’t read GeekWire as much as, say, people in the tech ecosystem in the Pacific Northwest. This article was our debut. It generated awareness, and that’s it. And that’s okay, great even.

Nearly a year later, I was contacted by a reporter doing a story on tools for freelance journalists. When I woke up the next morning I was stunned by the number of new signups we had. And that’s when I found her article on Contently.

Even though GeekWire was and still is one of the most influential publications in the technology industry, and relatively few have ever heard of the freelance article’s author (no offense, Yael!), her post led to a deluge of new users.

Moral of the story: if you want sales (or fill in business metric), seek coverage by publications that your customers and prospects read. Not top national news sites (though these add to credibility and make nice collateral).

I remember getting these beautiful end-of-day “coverage summaries” from PRNewswire back in the day. They boasted massive coverage for our press release announcing some dinky product announcement. No wonder my boss (the CMO) and his boss (the CEO) wanted me to pump out a press release a week.

News flash: This is not actual news coverage. This is PRNewswire (or your favorite wire distribution service) paying other websites to repost your press release. To compare this to a real reporter writing a real story in a real publication read by real people is unreal.

Similarly, don’t compare “earned media” (real reporters writing real stories) with amplification by your Social Media team or so-called “influencers” you’re paying. The numbers may appear larger, but in terms of credibility, there is no comparison. There is no audience on the planet more influential than journalists.

There are tools out there that purport to be able to associate PR with business goals, and they might. But minimally, you should be asking your PR exec the following:

If they can’t answer those questions, it’s time to find dump your existing PR tools, and find some new ones. Hint: they exist.

4. It’s All About the Journalist

This sounds obvious, but the chances are you’re utilizing tools and practices that either journalists don’t use or that they actually despise.

Mass emailing them with press releases or pitches not only fails to generate press attention, it actually harms your credibility with them. There’s a reason they call it “media relations”: You’re supposed to be developing relationships.

Instead, compile a list of the reporters most important to you. Then read everything they write. Understand what they care about. And then deliver it in a personal, respectful way. PR is a one-on-one game. Maybe a zone defense in some cases. But it’s never a full stadium sport.

If you take away only one thing, I hope it’s this: Focus your efforts first on what the journalists who cover your space want. You may be surprised by the results.