It’s Time to Put ‘Press’ Back in the Press Release

The press release is the zombie of public relations: It’s been dead for some time, but that doesn’t keep it from walking around.

And that’s because it has ceased to be a viable utility to reach and provide source-able content for the press.

The press release was originated in the early 1900s as a means for companies and other organizations to send information, in a news article format, to newsrooms around the country. In the 1950s commercial wire services began to appear as a means to simultaneously distribute these press releases to news organizations around the world (we’ll talk more about them in a later post). And in the 1990s everything changed with the Internet.

Except the press release. 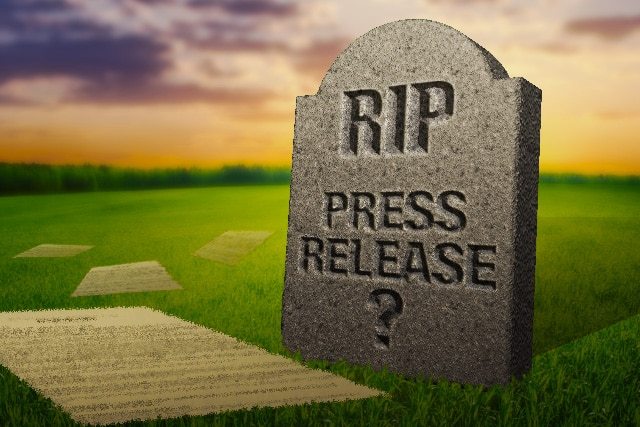 Today’s press release is comprised of universally accepted elements that are largely useless to journalists:

All of this gets drafted by the PR department, and then gets chewed up through the corporate approval gauntlet that could include marketing, legal, finance or investor relations, and perhaps the CEO herself. The end result is garbage that reporters either ignore or are forced to weed through looking for the news.

In a survey of Sqoop journalists, one reporter commented:

"Releases should be more fact sheets and bulleted lists than long lawyered narratives."

This sentiment has been echoed many times, both in our surveys and in conversation with reporters. So although we’re tempted to put a fork in the press release, perhaps the most productive course is to reinvent it in a way the reporters are more likely to consume.

So, let’s get back to journalism basics: who, what, where, when and why:

The closest thing I’ve seen to this is an announcement from AHotelLife.com. It starts with a similar 4W&H format, then includes narrative for anyone who’s interested enough to read on.

Some may argue that an unconventional format will be jarring, or “it’s not what people are used to.” Fair enough. But ask yourself when the last time was you read a press release you found on the web somewhere. Wouldn’t you rather readers can quickly find what’s important?

It’s Time to Put the Press Back in Press Release

If your audience is the press, which it should be, create a document that quickly orients them to the news in bullets or short headings, just like consumers prefer. See Axios.

If you want to reach consumers or other influencers, then the argument for a more consumer-friendly format is stronger than ever. It’s time to breathe new life into a document that hasn’t been refreshed in decades, despite changes all around it.

Either way, there is no more influential audience on the planet than the press. Put them back in the press release.