As a longtime PR guy, I love a good presser. Especially one in the middle of a crisis. They’re studies in communications as much as they’re lessons in leadership. They tend to go hand in hand. Like many Americans, I’ve been watching Governor Andrew Cuomo from New York. His daily press conferences have become must-see-TV for me, not only because he’s delivering valuable public health information during a once-in-a-lifetime pandemic, but also because his mastery of crisis communications provides a valuable roadmap for those of us in the private sector. 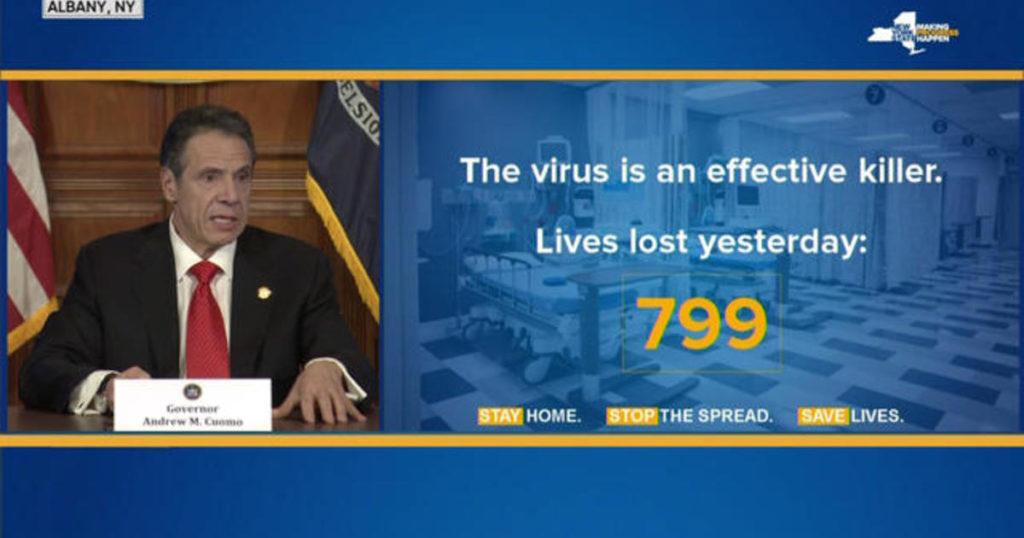 One of the most fascinating aspects of Gov. Cuomo’s delivery is his heavy reliance on the presentation of data: new hospitalizations, daily intubations, daily discharges and, very sadly, daily deaths. I suspect he may become known as the PowerPoint Governor.

Day-in, day-out, Gov. Cuomo starts by taking us through the same analytics he did yesterday and discusses the day-over-day changes. He’s laying a factual baseline for the rest of the presser.

Then he talks about the steps the State is taking to coordinate hospitals, supplies and patient loads. “We are, in some ways, artificially controlling that curve,” he said today. “Whatever we do today will determine the infection rate tomorrow. It is total cause-and-effect.”

Yesterday he intimated that without facts, New Yorkers wouldn’t be acting as responsibly as they have been, suggesting that, “you can’t fool New Yorkers.” Which is true, by the way.

Facts matter, and they lay the foundation for the rest of the message.

One of the key lessons in media training is to exhibit a sense of confidence. Gov. Cuomo seems to be taking a different tack: candor. He’s sharing all the data, the good and the bad. He acknowledged in yesterday’s presser that you simply can’t gloss over the bad data because it’s a disservice otherwise.

He blends his delivery of data with anecdotes that are highly personal. In March, he talked about his brother, CNN host Chris Cuomo, testing positive for Coronavirus. On Howard Stern yesterday, he said he was afraid for his mother. Today, he told a story about seeing a poster in his childhood Catholic School that asked, “What if someone threw a war, and no one came?” He humorously recalled having to wear ties that clipped around the neck, but were harder to wear than just learning how to tie a tie. I wore the same stupid ties...

He takes viewers through his thinking in simple terms, e.g., comparing aspects of society like transportation, schools and jobs to gears that can’t be started independently, but which only work when engaged simultaneously.

The irony of this situation is that by displaying the type of candor he does, he inspires confidence in his message.

Last week I was struck with the amount of time the Governor spent talking about the death toll when the mortality from COVID-19 exceeded the number of New Yorkers lost on 9/11. I don’t know a single PR person who would advise dedicating that much airtime to bad news.

But it displayed his empathy. His discussion was highly personal and moving. It displayed humanity. This week on Howard Stern he said that he’s cried during this crisis because he just can’t get past the lives lost.

It takes a lot of character to exhibit that level of vulnerability and empathy. There is no bravado, and it engenders trust

Actions Today Will be Remembered Tomorrow

What can we, as corporate communications professionals, learn from this public figure as we consider his approach to facts, candor and empathy?

Many of us are facing our own crises and uncertainties, with the context changing on a daily basis. Layoffs could be looming, customers, suppliers and other stakeholders could be as worried about you as much as they’re worried about themselves because of the nature of your interconnected work.

There is also our corporate leaders who could be dealing with personal crises while trying to navigate through this mess.

There is no playbook, but there is one true-ism: how we act, lead, and communicate when times are tough will define how people think of us when the crisis is over. It is incumbent upon us to guide our organizations through this with our reputations intact. And we do that by doing the right things: using facts as context, delivering our communications candidly, clearly and consistently, and doing what we can for our people and demonstrating empathy.