Internal Comms Lessons from the Dot-Com Bust Are Relevant Today

The best lesson in internal comms I ever received came about six months after the dot-com crash, and the subsequent layoffs as companies adjusted to the new economic reality. At the time, I was the relatively new head of PR for an Internet high-flyer. At the helm of this rocket ship was a highly charismatic, entrepreneurial founder who was widely adored and admired in and out of the company.

We traveled by private jet to press engagements and investor meetings. Times were good. Then the bubble burst and everything changed overnight. Including the CEO’s office. Suddenly he was resigning, and stepping in to fill his shoes was the chairman of the board, Gene Eidenberg.

Gene was nearing 70-years old, and had a kind of gruff, yet kind grandfatherly demeanor. Within 48 hours of his assuming the role of interim CEO, I was seated next to him in the board room where he was about to ignore all my prepared remarks for him, and address all employees on a conference call to discuss some tough decisions the company was going to have to make.

There was no preamble, there was no context. I guess he figured we were all grownups and knew that stuff anyway. It’s been a long time, but I remember being slightly horrified about how direct and candid he was. Times are tough, he said, and we need to make some really hard decisions which means many of you won’t have jobs tomorrow.

Afterwards, people were not as downcast as I expected; in fact I was surprised how upbeat many seemed to be.

And that’s when it hit me: People can handle the bad news. Most of us have had to do that throughout our lives. The real drag is uncertainty. If we can remove as much of that as possible, we will be doing our employees a great service. Rip off the Band-Aid and tell them what we know. They’re adults.

I worked for Gene for about a year, I think, before he retired and a new CEO was hired. It turns out he had been Secretary of the Cabinet under President Carter and had some great war stories. I learned more about Communications from him and his direct approach than probably anyone else. When you boil it all down, it comes down to the simple lesson of being honest, straightforward and consistent.

I lost track of Gene until about four years ago when my PRTech startup was going through a Silicon Valley accelerator in Mountain View, Calif. I remembered that Gene lived in Redwood City, so I looked him up. 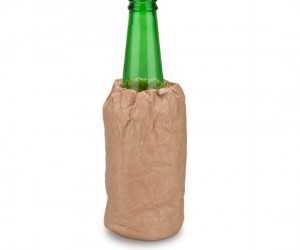 A week or so after sending him an email, I got a reply from his wife, Anna, a former television news anchor whom I’d gotten to know through Gene. He used to take her on press tours with us, sort of like, “hey this is my time too.” No longer on private jets, Gene, Anna, my colleague Tim, who ran investor relations, and I stood on an Amtrak platform waiting for a train out of Penn Station to Boston when she showed up with three Heinekens in paper “hobo” bags which after a long day of meetings went down easy as we stood waiting for our train. Good people. The kind you’d want to hang out with. The kind you’d learn lessons from.

She told me that Gene had died a couple years earlier. I felt as if I’d lost a relative. I don’t know why, really. It’s not like we were that close. But tough times bring people together, I suppose. Through it all, I remember Gene as a real person, not some exec with talking points. Given the crisis facing us and our employees right now, we might take that lesson in humanity from him.